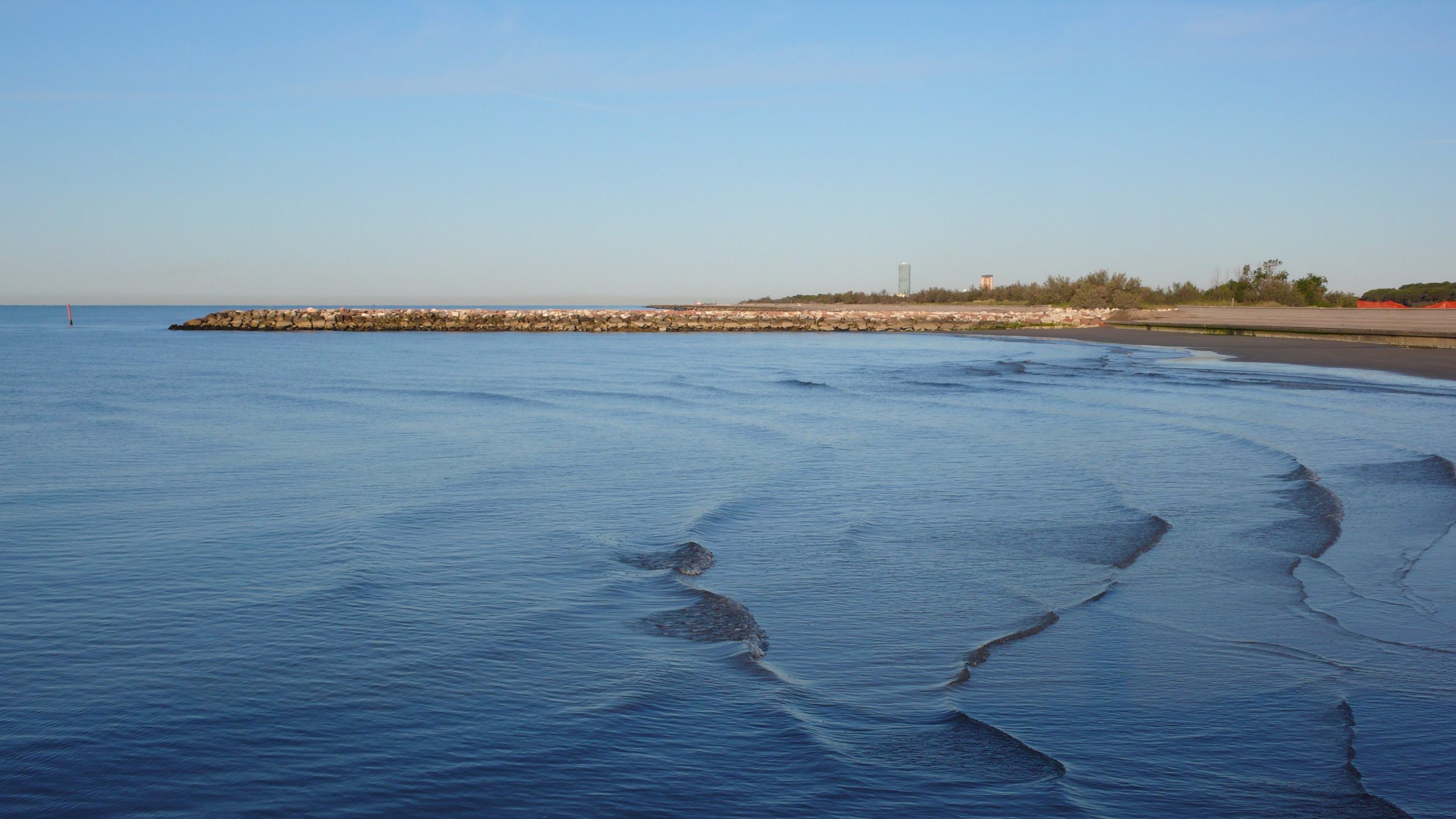 ERACLEA: an important name, which reveals its connection with the Ancient Roman Empire, of the people of this strip of land in the Venician province, which stretches from the River Piave to the sea, at one time called Grisolera, probably because of the reeds that grew around the swamps and canals.

The name goes back to the VII century A.D. When the barbarians invaded the Po Valley, the inhabitants of Oderzo, guided by the Bishop Magnus, migrated towards the sea, sheltering on an island called Melidissa, which literally means, “a place as sweet as honey”. A flooding of the Piave around the island quickly transformed it into a peninsula connecting it with the mainland making the city even bigger.

Towards the end of the VII century, Melidissa had already become the largest city of the estuary ( with 90,000 inhabitants, so we are told), in a central position and protected by a city wall and waterway’s, a sort of fortress that was able to withstand attacks from land and sea. Many waterway’s were diverted by inserting stilts in the ground, thus giving the origin of the kind of urbanisation that characterizes the birth of Venice.

Eraclea Mare is a little pearl, where you can regenerate mind and body in a natural environment

In 628 Melidissa changed it’s name to Civitas Nova Heracliana (Heraclia) in honour of the Byzantine Emperor Heraclius,
who had just gained victory in the East against Khosrow II of Persia, freeing Jerusalem and recovering the relic of the True Cross.

In the mid VII century A.D. Eraclea already had its own cathedral, dedicated to St. Peter.
His remains were found in the countryside around the middle of the 20th century.
Eraclea had a very close relationship with the emerging Venice:
the first doges were of Heracleian families and the co-patron is Bishop Magnus, together with the city’s Saint Mark.
St. Magnus’ body lies in a glass case, dressed in episcopal vestments, in the church of Eraclea village, dedicated to St. Maria Concetta.

Eraclea, rich in churches and significant artifacts, for centuries, had great importance among the cities that overlooked the Adriatic.

It’s decline began when the territory was interested in the imposing hydraulic works ordered by the Republic of Venice to avoid the swamping of it’s lagoon.
The decline began between the XVI and XVII century.

Through the 1700 and 1800, the territory between the River and the sea, the “Basso Piave”, was a gigantic extension of marshland formed by reed beds, slime and swamps, where people lived, that cultivated on the very little emerging land infested with malaria and endemic poverty.

Numerous farms arose in the territory after the Land Reclamation, creating work and homes to thousands of farm labourers and sharecroppers. Some of these farms and have still survived today.

Some of the ancient Heracleian evidence is kept in the Land Reclamation Museum in San Donà Di Piave and in the National Archeology Museum of Altino.

There are also some photographs of the remains of St. Peter’s cathedral and some aerial photos taken in particular conditions and with special techniques.

The Land Reclamation Museum in San Donà Di Piave is well worth visiting, to see and admire the great works that affected the area.

There are a few draining pumps that still exist and functioning in the territory. Fine examples of hydraulic engineering.

The most precious part of this land, both rich and ancient in history, is the part of the sea enclosed between Jesolo and Caorle,
once called “Marina Di Santa Croce”, known today as Eraclea Mare.

It’s location:- enclosed between the sea, river and countryside, a wide pine forest (3.500 sea pines) bordering the beach, it’s relative extension,
the absence of urban development which characterizes other tourist resorts,
makes Eraclea Mare a more distinctive environment, on a human scale, a holiday that regenerates body and soul.

Strolling with your loved ones along the narrow streets and pathways that creep into the pine forest at sunrise or sunset, listening to the sound of the waves breaking on the shore from the nearby beach, breathing in the sweet and sharp scent of the pine trees resin.

A swim in the sea before or after a stroll is a relaxing feeling that has earned Eraclea Mare, over the years, the “Legambiente Recognition” of being one of the 11 most beautiful beaches in Italy. In addition to this, has received the “Blue Flag” many times over the years for the management and support in the territory.

Eraclea Mare is a beautiful little pearl available to anyone who wants to emerge themselves in a natural environment, meet with the sea and countryside, to disconnect for a few days from the frenetic daily pace and rediscover the things that really matter in life.

Places and Things to do in and around Eraclea Mare 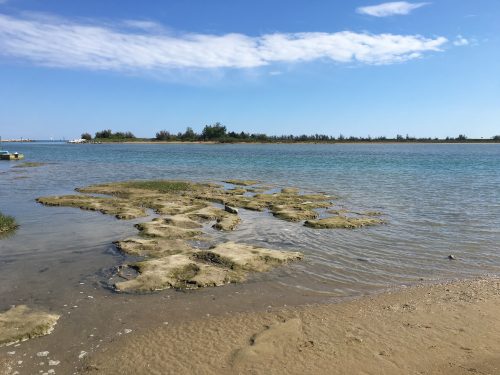 On the west side of this tourist village we come across one of the most characteristic spots in
Eraclea Mare, the Laguna del Mort, which was created after the exceptional Piave flooding in
1935.

The extreme part of the Laguna del Mort is called

“Valle Ossi”: 260 hectares of greenery, of great naturalistic interest, where various animal species can be sighted.
Year after year this reservoir is inhabited by hundreds of lagoon and sea birds, making this a perfect habitat for many species. Cormorans, sea swallows and little grebe (dabchick) stopover during migration.

The lagoons low and calm waters are rich in phytoplankton, where shellfish(clams, oyster, crab), mullet, plaice and solefish live. 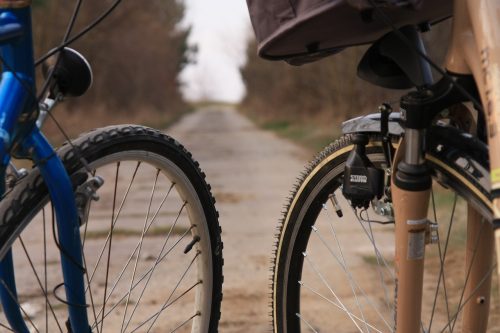 There are many cycle paths in the area, accessible from Eraclea Mare.
In addition to the pine forest pathways, you can cycle for kilometres on a normal bike or Mountain bike on the left side of the Piave riverbank (the town’s sacred river), where the war and the fate took place.

The road is closed to motorized vehicles, but passable on foot or by bike.
Splendid views of the river: acacia trees grow in the floodplain and in springtime are covered in bunches of white flowers and every now and then you can see the typical fishing nets (bilance) that cross over the river. 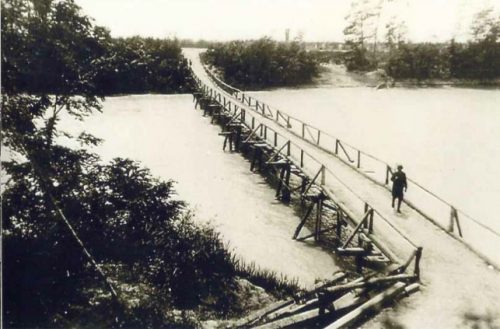 Cycling around the Reclamation area is considerably interesting (approximately 20 kilometres), which reveals the extraordinary hydraulic works (canals, reservoirs) which were dug up with immense human effort using shovels and wheelbarrows, making agricultural and economic development possible in the area. 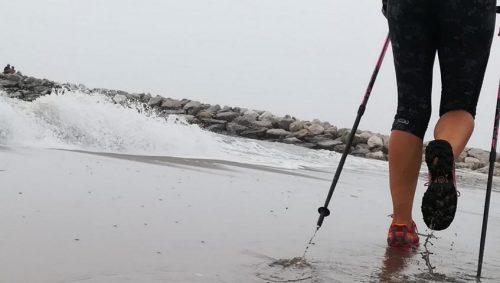 During your excursion you can admire the endless fields cultivated with vineyards, maize, grain and other products, also monumental, pumps, abandoned farm houses which at one time were accommodated by up to 50-60 people, woods full of ash trees, black poplar trees, walnut and sycamore trees.

Other activities worth considering is the possibility to go horse riding and practice NordicWalking.

VENICE and its Isles 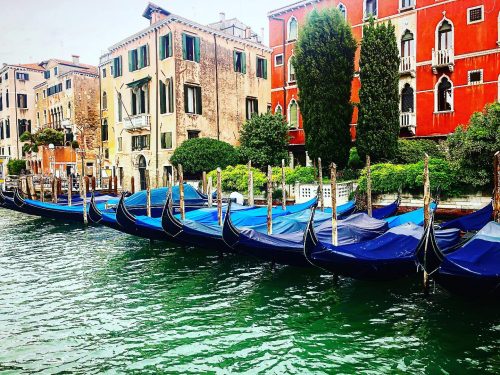 Elegant, precious, inimitable, fun, romantic: this is VENICE, a gem of the Venetian and Italian tourist panorama, where churches, palaces, ancient bridges, monuments and squares tell the artistic and cultural vivacity that has marked and still marks the history of this city.

You cannot say that you have known Venice without having ever seen it from the water: about fifty islands that are part of the Unesco World Heritage.
The most famous that certainly deserve to be visited are Murano, Burano and Torcello.

Known as “the island of fires” because of the furnaces moved here at the time of the Serenissima, Murano, just one km from Venice, is famous all over the world for its centuries-old glass manufacturing. Along the road called “Fondamenta dei Vetrai” you can buy precious artifacts and in some shops you can watch the creation of art objects live.

A rainbow of houses, squares and lace. The colorful Burano, pearl of the Venetian lagoon, conquers the tourist at a glance. In the famous Piazza Baldassare Guadaluppi you can admire the ancient local tradition in the Lace Museum, but the characteristic fish shops are also worth a visit.

The island of Torcello, a quiet and peaceful corner of the Venice lagoon, is a jewel with a decadent charm to be discovered, full of museums and cultural attractions, without forgetting the Devil’s Bridge! The atmosphere of Torcello is suspended in time and its calm is interrupted only by delicious restaurants and a few characteristic inns.

Those who love the Nightlife can reach the nearest tourist resort Jesolo in just a few minutes, by crossing the floating bridge at the mouth of the River Piave. 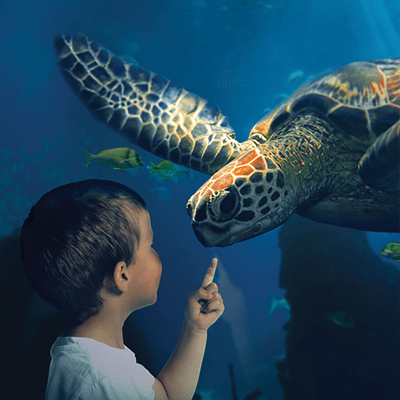 The little ones, on the other hand, can set off to discover the fantastic marine world of Sea Life or experience an unforgettable adventure among the animal species of the Tropicarium Park.

For the whole family, the Caribe Bay water park is the ideal place to spend a day full of adrenaline and fun. 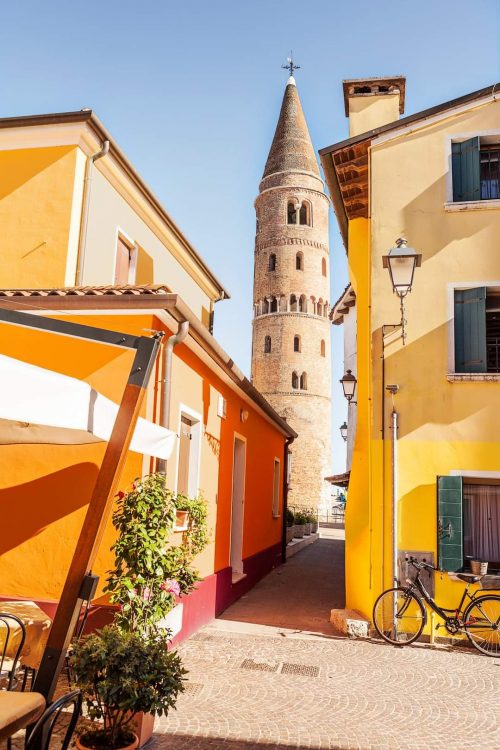 For those who love art, can follow the pathway to the east of Eraclea Mare, alongside a stretch of the pine forest, to Caorle, and visit the village with its small harbour for fishing vessels, typical fisherman’s houses, the Duomo (cathedral) dedicated to St. Stephen, which dates back to 1038, the rounded Bell Tower of the same period and the little church on the sea front dedicated to the “Madonna dell’Angelo”. Legend has it, that she was found by the fishermen in the sea. 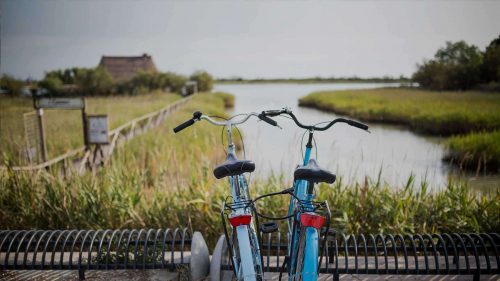 Caorle lagoon is also very pretty and rich in biodiversity. 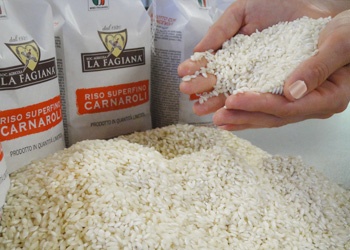 In the countryside, behind Eraclea Mare, ” La Fagiana” an agricultural farm, cultivates a product that seems strange to be produced in this area: it’s top quality rice.
You can buy retail, along with other products such as wine, microbrew beer, and rice flower from the factory shop. 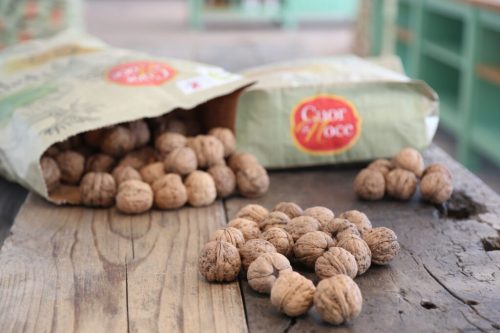 Another local company “La Spiga”, founded by the Gaggia family at the beginning of the twentieth century, cultivates special quality walnuts, among the best in Italy.
Here you can buy the walnuts and admire a rich collection of old nutcrackers.

Very popular in the neighboring countryside are the farmhouses, where it is possible to know and try the dishes of the local culinary tradition. 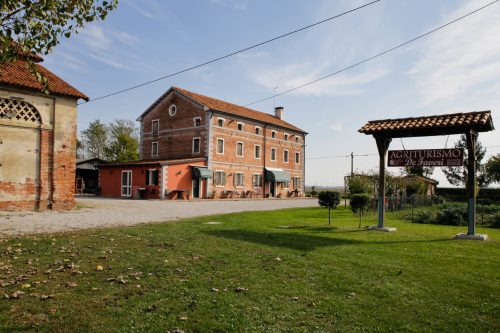 The Agriturismo De Faveri, just 5 km from Eraclea Mare, is a family-run business, run with passion since 1950, integrating crops and livestock with the direct transformation of raw materials, the sale and proposal of cured meats , sausages, sweet and sour vegetables, cheese, fresh pasta and meat-based main courses. 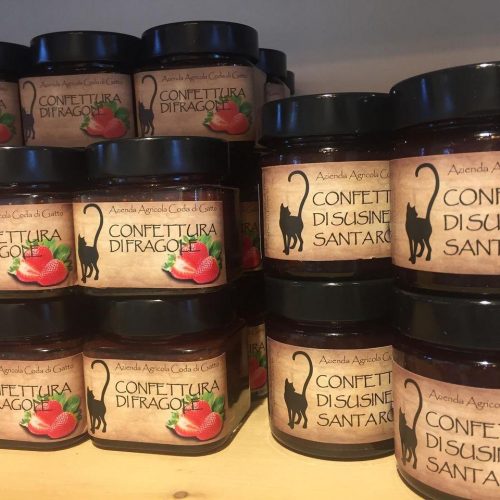 On the road that runs along the embankment towards San Donà di Piave we find the Agriturismo Coda di Gatto, with typical local cuisine and with its own produce, such as Palazzetto asparagus and seasonal vegetables. You can also buy typical products tasted at the table such as sausages and jams. 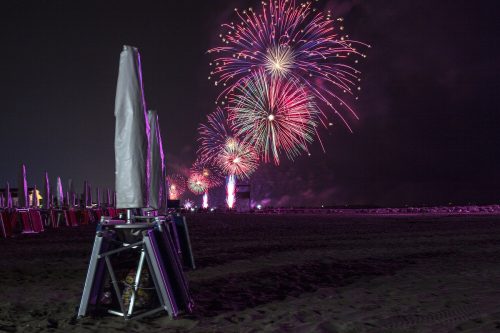 The famous fireworks display and the dancing fountains are held in the evening of 15th August, on the beach.

The people of the countryside still feel very strongly about their popular traditions: so, in any season, it’s easy to encounter village festivals, together with their traditional cuisine, offering genuine popular folklore events.

And for children’s entertainment at Eraclea Mare: Luna Park is open during the summer months.

The countryside around Eraclea offers a wide choice of home grown local products, that can be bought or tasted in the various restaurants: fruit, vegetables, various types of flour, rice, nuts,fish and free-range meat, cold meats, wine….

Among the typical wine‘s from this area, one to remember is Raboso, sparkling but at the same time sweet and sharp, then there is Cabernet, Malbeck, Merlot, Pinot Bianco, Pinot grigio and
Sauvignon.